As we bid farewell to the festive season and have finally got around to finishing the Christmas cheese and remnants of our holiday recipes, we may come across some forgotten Brussels sprouts lurking in the back of the fridge. If you’re looking for ways to revitalize these little green vegetables and turn them into a flavor explosion, read on for some inspiration!

Brussels sprouts are a divisive food. Some people love them, while others hate them. It seems like there’s no in-between when it comes to these vegetables.

For those who love Brussels sprouts, there is a multitude of reasons to sing their praises. They are packed with nutrients, including fiber, vitamin K, and vitamin C. In fact, an 80 g serving of sprouts contains four times more vitamin C than one orange.

They also contain antioxidants such as rutin, which can help to reduce the risk of certain diseases. Additionally, they have a unique, slightly nutty flavor that adds depth to any dish.

Ultimately, whether you love or hate Brussels sprouts comes down to personal preference. But if you’ve never really given them a chance, it might be worth trying them again. Take a look at our top five recipes for Brussel Sprouts; you might be surprised at how much you enjoy them!

How to prepare:
Preheat your oven to 400°F (200°C).
On a large baking sheet, toss the Brussels sprouts with olive oil, salt, and pepper. Spread them out in a single layer.
Roast the Brussels sprouts for 20-25 minutes, or until they are tender and caramelized.
In a small bowl, mix together the lemon juice and minced garlic.
When the Brussels sprouts are finished cooking, drizzle them with the lemon garlic mixture and toss to coat.
Sprinkle with grated Parmesan cheese and enjoy!

How to prepare:
In a bowl, mix the butter, garlic, dijon mustard, salt and pepper with the Brussels sprouts.
Add the marinated Brussels sprouts into the Instant Pot, press saute, and saute for 3 minutes while stirring.
Add the vegetable broth into the Instant Pot.
Close the lid and cook on high pressure for 5 minutes.
When cooking time is complete, do a quick pressure release.
Serve piping hot!

How to prepare:
In a large skillet, add the bacon and the turn heat to medium-low. Cook until the bacon is golden and begins to crisp. Using a slotted spoon, remove the bacon from the pan.
Add the olive oil to the pan and turn the heat up to medium-high. Add the Brussels sprouts, cut side down, and allow them to cook for 4-5 minutes and the sprouts begin to char. Once they are browned, flip the sprouts over and stir continuously until they start to get tender, about 3-4 minutes.
Return the cooked bacon to the pan along with the maple syrup, salt, and pepper. Stir until the sprouts are coated in the maple syrup. Remove the maple bacon brussels sprouts from the pan and eat up!

How to prepare:
Place the Brussels sprouts into a 6-quart slow cooker and stir in the maple syrup, olive oil, salt, and pepper.
Cover and cook for 2 3/4 hours on low or 1 1/2 to 2 hours on high, until the Brussels sprouts are tender (not mushy). Stir once halfway through.
Stir in half of the feta cheese, using the rest to crumble on top for serving.

How to prepare:
Saute the onions and garlic.
Add all the ingredients, apart from the cheese, into the soup maker.
Set to smooth for 30 mins.
Stir in some grated cheese and allow it to melt.
Serve topped with extra cheese.

Ready to Schedule a Consultation? 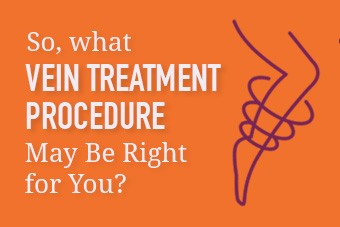 Please contact Vein Treatment Forum or call 877.575.8350, and we will find and assign a provider in your area to suit your needs.

Find a vein specialist near you and book a FREE consultation today!